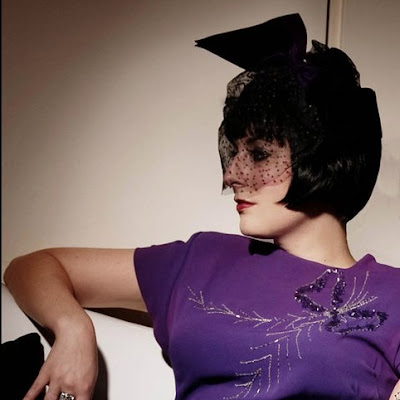 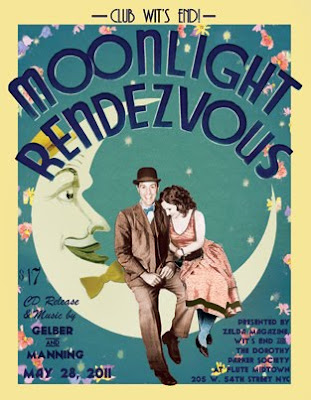 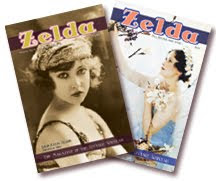 There are many stars in the galaxy but one very special individual descended on earth bringing with her innovation, creativity, entrepreneurism and publishing. That star that shined its light in so many endeavors was Dianne Lynne Naegel whose vibrant young life was cut short on Sunday, September 25, 2011, from complications due to breast cancer. At thirty-one Diane accomplished what would take some people a lifetime. She was a woman determined to succeed and did so with such grace, charm and beauty that she could pass through a crowded room and turn heads with her personal style. She was part a modern muse, a Vintage aficionado and Art Deco enthusiast, but always her interpretation was original. Diane Lynne Naegel leaves a legacy of inspiration for others to follow. THE AMAZING INNOVATOR Tributes keep pouring in about the life of this young innovator. Kathryn Hausman, president of the Art Deco Society of New York said, “Diane was a lovely young woman who partnered with her fiancé, Don Spiro, on monthly Wit’s End Deco soirees held around the city and featuring a jazz age celebration of music and dance. On occasion ADSNY offered its membership invitations to special venues. Diane and Don partnered with ADSNY on the Madame Yevonde events last year. Knowing how devoted she was to DECO I had invited her to be on the ADSNY board. In addition, she had a major following with the younger Decophiles and I had hoped to have her bring awareness to her group of ADSNY’s mission.” ZELDA MAGAZINE As publisher and designer of Zelda: A Magazine for the Vintage Nouveau, Diane was a born innovator seeing the magazine through several issues, first issue Fall/Winter 2009, and the most recent issue Spring/Summer 2011, the fifth issue was about to be published at the time of her demise. Hausman adds with gratitude: “She had given ADSNY complimentary full page advertisements in several issues, and for this we were very proud.” Alicia Kachmar said, “She was an amazing woman that no amount of words could truly describe. She was a gem.” Sam Altman: “To know that she was able to touch so many lives during her journey is inspirational.” DESIGNER PAR EXCELLENCE Diane Lynne Naegel was no ordinary gal, she was proprietress of the Internet scarf business Lulette.com for a year before coming to New York to work in the fashion business, and how lucky these companies were to have such talent in their business. Working first at the Gap in the International Division and most recently as Accessory Designer at OshKosh b'gosh Corp., she designed children’s accessories. She was passionate about her work and lent some of her expertise on the Rose Marie Reid swimsuits and modeled her own in the Thrifty Vintage Chic Swimsuit Edition. DIANE, THE EARLY YEARS Diane Lynne Naegel was born August 31, 1980 in Cincinnati, Ohio, the first and only daughter of Sarita Diane Naegel and Mark Robert Naegel. No one would have suspected that from a typical upbringing that she would emerge as the dynamic creative individual that she became. She attended pre-school and grade school at Concordia Lutheran School and high school at St. Ursula Academy, graduating with Honors. Diane studied and worked at the University of Cincinnati, the co-op program of the College of Design, Art, Architecture and Planning and graduated with Honors with a degree in Fashion Design 2003. She received several recognition awards: Fashion Mafia Winner of Saks Fifth Avenue Award-outstanding senior and Collection winner of director’s Choice Award for Senior Thesis Collection. New York’s fashion industry as mentioned previously was her next move.
THE LOSS OF SUCH A VIBRANT AND CREATIVE SPIRIT TOUCHES ALL THE LIVES OF THE PEOPLE WHO KNEW HER, NONE MORE SO THAT THAT OF DON SPIRO, DIANE’S FIANCE WHO SAID, “To those who knew and loved her, she would want you to be strong, enjoy every bit of life, and be happy celebrating her memory.”
Posted by Polly Guerin at 9:09 AM 1 comment: