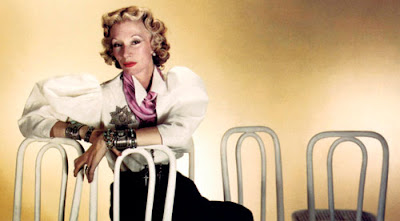 MILLICENT ROGERS GLAMOROUS ICON AND TAOS FLOWER ©
By Polly Guerin
Millicent Rogers Glamorous icon and Taos Flower
Dear Millicent: It was only when I visited Santa Fe, New Mexico and made an excursion to Taos that I discovered the Millicent Rogers Museum, housed in an imposing historic and expanded Taos dwelling with its remarkable collection of Southwest art. I was particularly impressed with the contemporary pieces of Native American jewelry as well as the stunning pieces you created from your love of this desert oasis. My curiosity was peaked. Who was Millicent Rogers? Your life’s story is remarkable in itself as it was short lived but impacted with adventure, affairs, family and your great love for the Southwest.
A LIFE SPARED and JOIE DE VIVRE
The magnificent, multi-dimensional woman who was Mary Millicent Abigail Rogers (1902-1953), the granddaughter of the Standard Oil tycoon Henry Huddleston Rogers, became a mother, a socialite, a philanthropist, a designer and a champion of the arts and crafts of the Southwest. She was brought up in lavish Jazz Age South Fork, Southampton, Long Island, but she was’t supposed survive to witness the glittering Art Deco era of the 1930s. So fragile was her health because of a childhood bout with rheumatic fever she was expected to die before the age of 10 or so the doctors had predicted. Not this stalwart young woman. Despite the illness’ life-threatening effect, she had a remarkable but short life. She plunged into every aspect of her existence like a bold eagle and swooped into the headlines when she married three times. She was told to never give birth she had three sons. She not only illustrated dinosaur stories for her boys but when one of her son’s broke his leg as a child, she decorated his cast with a comical tale of a Koala bear. Other illness followed, but that did not stop her stampede through life. She had several debilitating heart attacks and a battle with double pneumonia but soldiered on with the zeal of conqueror and her considerable intellect forged her passion for living life to its fullest.
AN ARTISTIC VISION
Instead of hitting the headlines like other heiress’ of the Jazz Age era, Millicent’s view on life was that of an innovator, a creator and a champion of the Southwest. Despite her ‘gaunt’ visage, she was an acclaimed beauty with a sylphlike shape and had a unique creative vision and intellect. Although bedridden for long periods of time, Millicent read voluminously and became a classical scholar teaching herself to read Latin and ancient Greek. In this way and through her fashion style she reinvented herself and her lifestyle throughout her short life. A friend Charles James, designer of the extravagant couture concoctions, his fashions were well suited to adorn her statuesque figure. Inspired she even sketched costumes for her multicultural wardrobe. Most significantly she ornamented her 5-foot-9 frame with many of her own Southwest-inspired jewelry designs. A prolific collector she acquired antiques and furniture from Beidermeier to the Ashcan School of art that filled her homes in Austria, New York, Jamaica, New Mexico, California and Virginia. DISCOVERING TAOS
Although Millicent lived in many places after she discovered, Taos, New Mexico and moved there in 1947, where she ensconced herself in an old adobe hacienda. During this time of prolific creation, discovery and collecting she amassed an astounding collection of some six thousand pieces of jewelry, which include some prehistoric Southwest works. With her considerable intellect and appreciation for Native American Culture she had traveled and collected artifacts by attending numerous fairs and pueblos in the Southwest. As she became increasing incapacitated due to her illnesses when her Taos house was renovated, a workshop with facilities for casting was placed off her bedroom. Influenced and inspired by Navajo and Pueblo jewelry, Millicent who had trained herself to be productive though bedridden, learned their metalworking techniques. As her health failed, she spent more time in this bedroom designing and creating her personal style of Southwest jewelry, which is displayed today in the eponymous Millicent Rogers Museum in Taos, New Mexico.
LOVE & ADVENTURE
Despite the fact that her father was afraid of fortune hunters, Millicent was kept on a fairly tight leash, but she managed at the same to have her way. The drama of her fashion penchant was apparent early on when she made her debut in a Mandarin robe and a head dress from Chinatown. At 20, she married Count Ludwig von Salm- Hoogtraten, moved to Austria, where she took up skiing and dirndls. After divorcing the Count she moved back to the United States and after two more husbands, divorced and gave it all up and settled down for the simple life in Taos. It’s amazing to note that despite a lifetime plagued by illness, many celebrated men were attracted to Millicent not only for her intellect but bounders captured her heart and her cash. A flirtation with the future Duke of Windsor, Ian Fleming, the creator of James Bond were among her diversions as well as an early adventure with an heir to the Italian throne, who reportedly wanted to marry her. Evfer the amoureuse, of all her lovers Millicent seems to have had a poignant memory of a romance with Clark Gable and wrote letters to the movie star attesting to her lost love.
A SAD FAREWELL
Millicent Rogers died quite young, a mere 51 years old, but the life of this society swan and her upbringing at Black Point, Southampton, where she learned to shoot with her father Harry Rogers II, brought out an independent streak that served her well during her life so short but vibrantly enacted. She crammed her days with learning, creating, collecting and championing the arts and crafts of the American Southwest and creating and producing her own brand of Southwest-inspired jewelry. Despite her many illnesses Millicent’s remarkable spirit, determination, creativity and her unwavering hold on taking life to its fullest capacity is an inspiration.
Posted by Polly Guerin at 12:09 PM 1 comment: 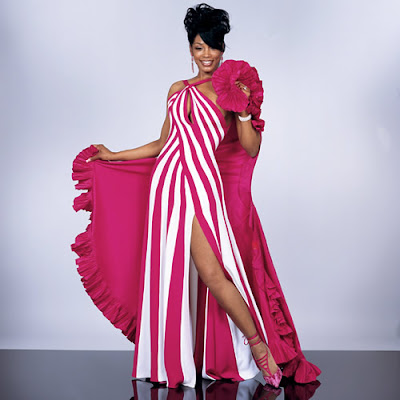