THE DUCHESS OF WINDSOR, NEVER A QUEEN 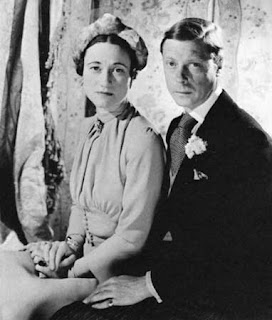 REIGN OF CELEBRITY
The grand seductress, Wallis, Duchess of Windsor may never have succeeded to the British throne but her reign of celebrity can best be attributed to the period in which she was a conniving American socialite who married, as her third husband, Prince Edward, Duke of Windsor, formerly King Edward VIII of the United Kingdom. The king's desire to marry a twice-divorced American with two living ex-husbands caused a sensation throughout the world, and particularly a crisis in the United Kingdom and the Dominions. This decision led to the King's abdication in December 1936 and all ears were pinned to the radio to hear the King decision to marry "the woman I love." After the abdication, the former king was created Duke of Windsor by his brother George VI. Edward married Wallis six months later after which she was formally known as the Duchess of Windsor, but never "Her Royal Highness." One wonders what was so special about this amazing Deco decadent woman to be able to capture the king's heart? Albeit she was a good style setter, she wasn't exactly a beauty. Perhaps it was her sexuality that pinned him down to her allegiance?
An Advantages Alliance
As a prominent figure in the privileged social set in Britain in the 1930s the reigning celebrity couple was Edward, Prince of Wales and his then-mistress Lady Thelma Furness. It is no doubt that the Prince met Wallis at various house parties when she was married to her second husband, Ernest Aldrich Simpson, a shipping executive and former captain in the Coldstream Guards. Wallis was ripe for a new assignation. For one thing, Ernest was beginning to encounter financial difficulties and providence played its opportunistic hand when Lady Furness was away in New York. Abetting Wallis' access to the Prince, before she left Lady Furness unwisely asked Wallis to look after Edward and indeed she did. While Furness was traveling Wallis wove her web of attraction and became the Prince's mistress ousting Lady Furness and alienating him from his former lover.
The Fatal Attraction
You've heard of the term 'fatal attraction.' Well, the Prince was so totally besotted with Wallis that he found her domineering and abrasive irreverence toward his position appealing. In the words of one biographer, he became 'slavishly dependent' on her. If one could look into Edward's upbringing, nannies at birth, shunted to private schools and absence of close motherly love one can perhaps understand the alienation from his family that developed in one so sensitive that he was willing to accept partnership with such a controlling woman. His courtiers became increasingly alarmed as the affair began to interfere with his official duties. Off they went with no concern for his official Princely duties to holiday in Europe. As was the custom of wealthy men, he showered Wallis with money and jewels but when Edward presented Wallis to his mother, at a party in Buckingham Palace, his father was was outraged, primarily on account of her marital history. What's more divorced people were excluded from court.
Romantic Crisis
By the time that Edward had ascended to the throne as Edward VIII after George V died, it became apparent to all concerned, the Court and Government, that Edward was determined to marry Wallis. One major setback was the Church of England that did not permit the re-marriage of divorced people with living ex-spouses, and Wallis already had two ex-spouses. Her marriage Edward would be her third alliance. They could get married in a civil ceremony, but the constitutional position was that the king could not marry a divorcee and remain as King. The marriage idea between the King and an American divorcee was extremely unpopular not only in the British Empire but also because Wallis was perceived as a conniving woman who was pursuing the King because of hsi wealth and position. Although Wallis under pressure by the king's Lord-in-Waiting, Peregrin Cust, 6th Baron Brownlow, was urged to renounce the King, and she did so in a press statement. The King, on the other hand realized that in order to remain the King, Wallis could not be Queen. Furthermore if the King were to marry Wallis, the government would be required to resign, causing a constitutional crisis. Under these conditions if the King wished to marry Wallis he had no option but to abdicate.
The Bitter End
No member of the British Royal family attend the wedding on Wallis and Edward and they were childless. Rumor has it that Queen Elizabeth (later the Queen Mother) remained bitter towards the Duchess of Windsor for her role in bringing George VI to the throne and for prematurely behaving as Edward's consort when she was his mistress. This attitude was mere speculation because Queen Elizabeth never voiced it publically.
So the celebrity couple reigned over friends and acquaintances throughout the world traveling with their gang of pug dogs and great amounts of travel luggage. One never knows whether Edward, the Duke of Windsor ever regretted his choice or how truly happy he was in the end.
There's is much more about Edward and Wallis' life together but I have touched on here only the segment of their amazing romance and his abdication. For more information contact www.theduke&duchessofwindsorsociety.org.
Posted by Polly Guerin at 7:24 AM No comments: 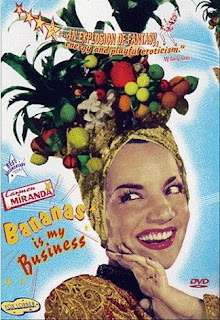