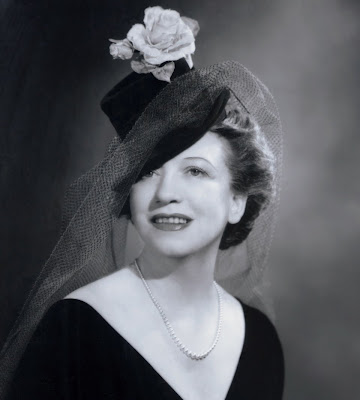 An invitation to Elizabeth Arden’s Red Door on New York’s Fifth Avenue was my introduction to the pampered world of a luxurious spa and cosmetic beauty regime. The chic Red Door saleswomen or the ‘Ladies’ as some women called them, were immaculately dressed in black sheath dresses, their hair impeccably coiffured and makeup so precise that their personae made it clear that beauty could be obtained for a price. Elizabeth Arden’s brand name was synonymous with a woman determined to succeed, a woman who built a cosmetics empire in the United States that at the peak of her career, she was one of the wealthiest women in the world. FAME IN A NAME Arden was destined for remarkable destiny. Her middle name ‘Florence Nightingale’ was popular choice at the time, honoring as it did the renowned Florence Nightingale of nursing fame. Florence was born on December 31, 1884 in Woodbridge, Ontario, Canada and was named Florence Nightingale Graham. This name may very well have influenced her career choice as she took up nursing at a school in Toronto but later dropped out. Spreading her wings and looking for a new path she ventured to the United States and joined her brother in New York City where she worked briefly for the E. R. Squibb Pharmaceuticals Company; spending hours in the lab she began to learn about skincare. The steps leading to her life as a cosmetic tycoon had its fledgling beginning as a ‘treatment girl’ working for Eleanor Adair, an early beauty culturist.
BECOMING ARDEN Learning as she did along the way through association with other culturists, in 1909 Florence partnership with Elizabeth Hubbard, and when the partnership dissolved, she coined the business name from her former partner’s first name and from Tennyson’s poem “Enoch Arden,” and so Elizabeth Arden was born. Arden presented herself to the business and social society as an elegant woman, meticulous dressed and always a ‘Lady.’ She traveled to France to the Mecca of beauty intelligentsia and returned with a collection of rouges and tinted powders she had created. In an era when it was generally only acceptable for entertainers to wear makeup the forward thinking Arden introduced the concept of the “makeover to American women in her salons. A SCIENTIFIC APPROACH Arden’s early lab experience no doubt greatly influenced her scientific approach to her cosmetic formulas. Case in point. Arden collaborated with A. Fabian Swanson, a chemist, to create a “fluffy” face cream called, Venetian Cream Amoretta, and the corresponding lotion, Arden Skin Tonic. “Total Look” was another innovation in which she advocated matching lip, cheek and nail polish colors; coordinated thus this marketing concept meant that a woman would make a three part sale. Another ‘first,’ as there were many, included the fact that Arden was the first to make cosmetics commercials shown in movie houses. Always in step with changing times during WWII the Arden Salon showed women entering the work force how to apply makeup and dress properly for careers outside the home. With her acute awareness of women in the armed forces she created a lipstick called Montezuma Red that would match the red in their uniforms. WORLDWIDE EXPANSION The Elizabeth Arden brand had escalated into a formidable empire which began expanding internationally in 1915, when Arden opened salons across the world all of which she launched personally. By the 1930s through the 1960’s Elizabeth Arden was considered the most upscale cosmetic brand and acquired celebrated patrons from queens to movie stars and president’s wives. IN FULL GALLOP Wealth and prestige heaped upon her empire Arden indulged in her favorite pastime and used the name Maine Chance Farm for her thoroughbred horse racing and breeding operation in Lexington, Kentucky. The association with the blue grass Kentucky land may well have inspired the introduction of the perfume, Blue Grass in 1934, which was a great success. Considered the first all-American scent, it remains on the market today. By the 1940s her stable became a major force in American Thoroughbred horse racing. Among her winners in 1947 her colt Jet Pilot, trained and ridden by future hall of Famers Tom Smith and Eric Guerin won the Kentucky Derby. Other fillies followed and for her contribution to the racing industry, Elizabeth Arden Graham was posthumously inducted into the Canadian Horse Racing Hall of Fame in 2003. ELIZABETH ARDEN’S LEGACY Elizabeth Arden’s cosmetics company continues to trade today, and was bought by IFF International Flavors and Fragrances in 2003. The company continues its collection of coordinated make-up sets, as well as an extensive line of skin care products and treatments. The focus today, however, is on a number of fragrance lines including the company’s signature fragrance called, “Red Door” named after the day spas which were called “Elizabeth Arden Red Door Salons.” Elizabeth Arden lived a rich and rewarding life dying at 81 years old on October 18, 1966 and is buried in Sleepy Hallow Cemetery under the name Elizabeth N. Graham. Sadly towards the end of her life, Arden did not prepare the company for her passing and as a result, her company and private estate was heavily taxed after her death. Her stable was sold and her family had to auction off many of her personal assets. Fortunately, Elizabeth Arden's famed Red Door is still open to women today.
Posted by Polly Guerin at 6:52 AM